I was inspired by the popular game Wordle and wanted to create my own version. I've mostly used Vue options API when building projects so this was the first time trying out Vue 3 using the composition API.

Guess the word in 6 tries.

Each guess must be a valid 5 letter word. Hit the enter button to submit.

After each guess, the color of the tiles will change to show how close your guess was to the word.

A green letter is in the word and in the correct spot. The word is not image but it starts with an I.

This double colored letter will give you a hint. The letter A is in the correct spot, but the word contains more than one letter A.

And all the other dark gray letters indicate that they are not in the word in any spot. 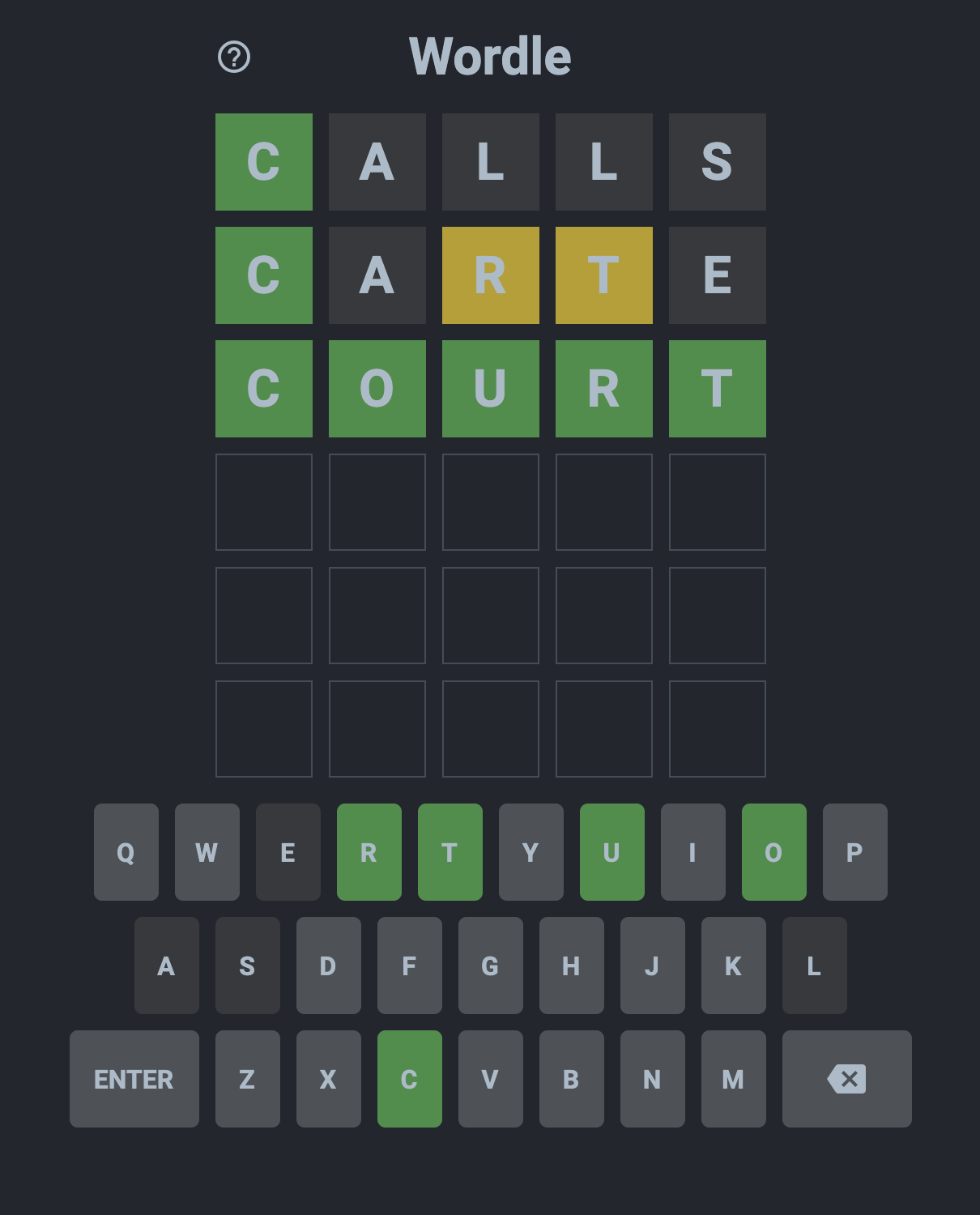