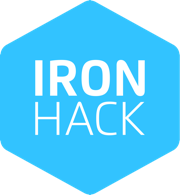 After Ironhack, you have decided to work in the movie industry, and you’ve found a job where you need to manage the contacts of a famous producer.

Your task is to create a contact management app for the producer using Vue.js.

Clean the App.js component so that it has the following structure:

Let’s take a look at the starter code.

Display that array of 5 contacts as a list in a <table> and display the picture, name, and popularity of each contact.

For now, let’s render the content in App.vue. This being said, don’t proceed to create a dedicated component for the contact list. The reason will become a bit clearer later when we add the delete button next to each contact. You are probably not yet familiar with the concept of “lifting state up” and passing callbacks as props. For this reason, it is better to render everything in one component for the moment.

At the end of this iteration, your application should look like this:

Update the list and add two more columns “Won an Oscar” and “Won an Emmy”, at the end of the table. Then, depending on the value wonOscar and wonEmmy of each contact, conditionally render a trophy icon 🏆 or no content.

In your application, create a Add Random Contact button. Every time you click on this button, it should add a new random contact to the contacts. You should get random contacts from the remaining contacts that are still not showing.

First, randomly select a contact from the array of remaining contacts. Then add that contact to the array that lives in your data ref (that’s the previously created array of 5 contacts).

Once you have sorted the array, remember to update the state variable holding the contacts.

This is what you should have at the end of this iteration:

The producer also would like to remove some of their contacts. Implement a Delete button on each row of your <table> that will let the user remove the contact they clicked.

When done, your app should look like this (after playing a little bit with the Delete button):

Unfortunately, this contact list isn’t production-ready. We are in the movie business! It has to sparkle! Add some beautiful CSS to make the app “pop”.

A Simple , Minimalist And Responsive User List Made With Vue 3 And Tailwind CSS
14 December 2021
Contact book made with Vue and vanilla CSS
14 November 2021
A browser based contact application with IndexedDB.
25 August 2019