We wanted to build a Decentralized Voting System using Blockchain .After read the hackathon readme file we wanted to made a vue app on the algo-testnet . In their People can Vote their Favourite team . we are making this voting app of the state cricket teams. **Using blockchain, voting process can be made more secure, transparent, immutable, and reliable 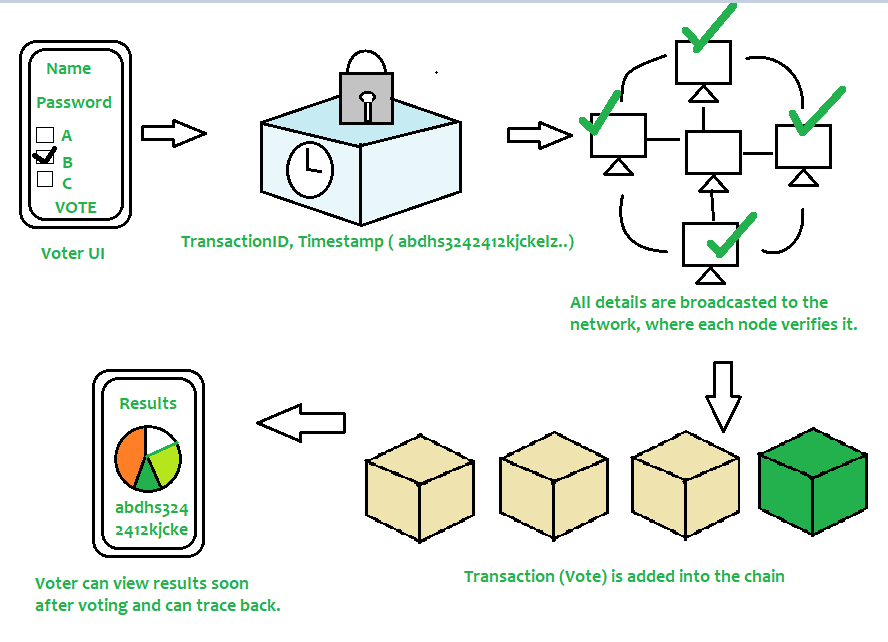 How we built it

We Know that :- “A blockchain is a time-stamped decentralized series of fixed records that contains data of any size is controlled by a large network of computers that are scattered around the globe and not owned by a single organization. Every block is secured and connected with each other using hashing technology which protects it from being tempered by an unauthorized person.”

Challenges we ran into

We made this application using vue as a frontend and pyteal as our backend.

Accomplishments that we’re proud of

What’s next for ALGO VOTING